A White, White Day: both powerful and freshly thought out 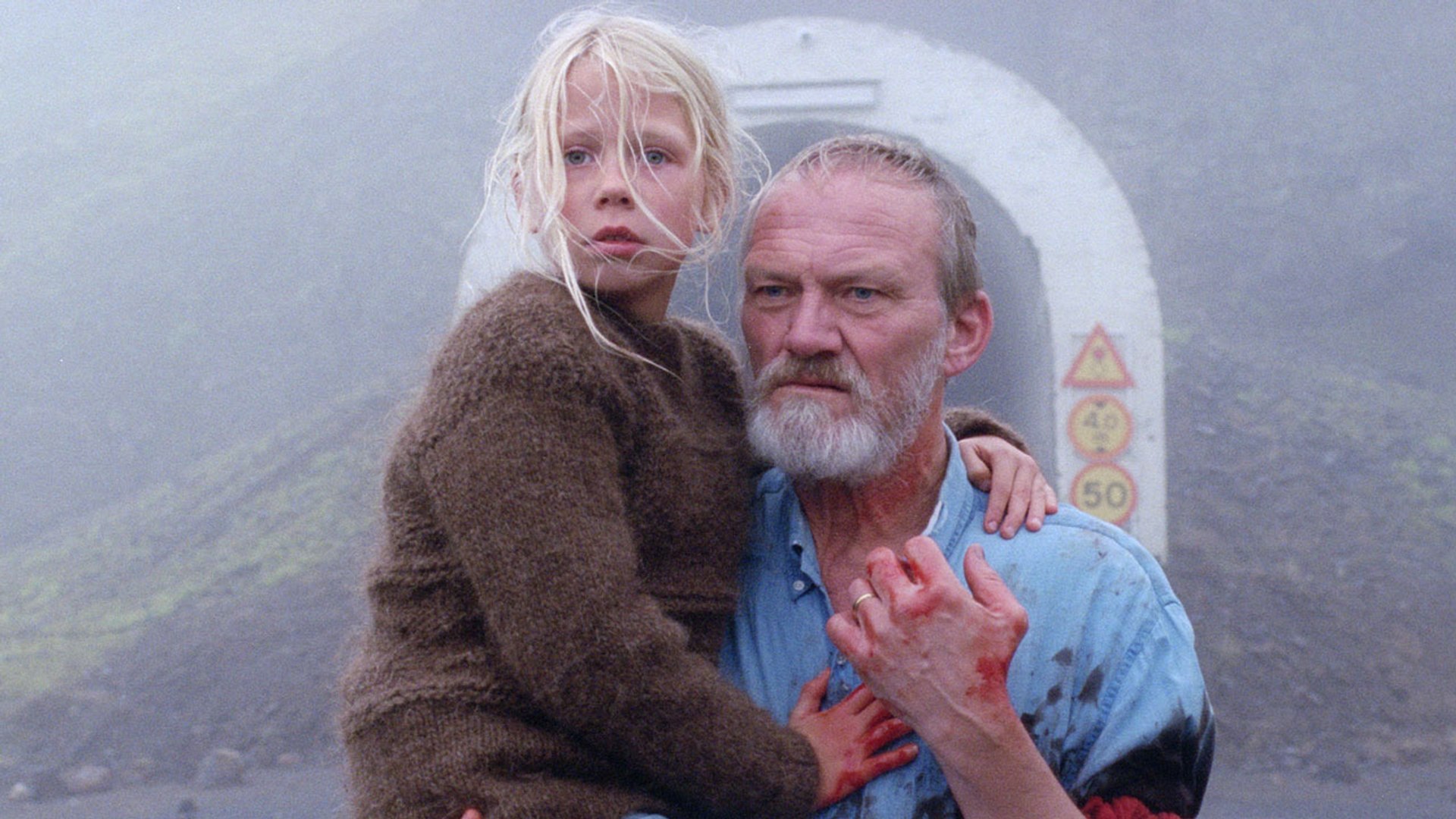 A White, White Day: both powerful and freshly thought out
8Overall Score

This second feature by Icelandic writer-director Hlynur Palmason revolves around a detective who unravels after his wife dies in a strange accident.

A White, White Day brings to mind a cinematic version of Edvard Munch’s famous painting The Scream. This second feature by Icelandic writer-director Hlynur Palmason (Winter Brothers) rigorously charts the fracturing of a grieving former cop’s world as he comes to suspect that his late wife, who died in a peculiar car accident, was having an affair with a younger colleague. Some viewers will no doubt find the aging man’s increasingly aggressive behavior hard to take. But Palmason boldly risks audience disenfranchisement by pushing his disturbing story to unexpected lengths dramatically and stylistically, thereby winning a creative wrestling match with a potentially intransigent narrative.

The grimly hypnotic opening at once suggests that Palmason is up to something out of the ordinary. As we are advised that, “The dead can still talk to those who are still living on certain days when the white of the sky matches the white on the ground,” a car heads down a forlorn country road through ground zero visibility on just such a day — until, after a few minutes, it heads right off the road, down a cliff and to the bottom of the sea.

Even more bracing is the imaginative way the director then suggests the passage of time by repeatedly flashing a collection of the same landscape compositions in different seasons; with this and some forthright exposition, the film announces its intention to do things a bit differently.

The driver of the car was the wife of local police chief Ingimundur (Ingvar Eggert Sigurdsson, who’s been seen in a number of international productions including Fantastic Beasts, Justice League, Everest and K-19: The Widowmaker). Although plainly a tough guy, the man is deeply wounded by the mysterious tragedy and, in his grief, retreats to domestic labors beginning with fixing up a house.

But he also begins expressing his distress by, consciously or not, taking it out on others. He genuinely scares his granddaughter by telling her an extended gruesome story, is overly brutal playing sports with old pals and, after torturing himself by watching old sex tapes of him and his wife, smashes around his electric equipment. He’s not headed in a good direction.

As the veteran cop in him begins pursuing his infidelity suspicions (Iceland’s such a small place the man’s got to be someone he knows), the film almost unavoidably becomes more conventional. At the same time, Ingimundur’s behavior becomes so vile to everyone that he becomes hard to be around, no matter that he’s the aggrieved party. A little bit of shrieking and thrashing about goes a long way, his ultimate confrontation with the culprit thus emerging as the most conventional scene in the film.

So while the ultimate resolution may be cathartic for the main character, it does seem a bit pat to the viewer. Still, Palmason displays an admirable urge to go deep with his main character and the pain he’s experiencing; while a similar story set in a big city might end up as a tale of isolation and alienation, in a small community where everyone has known everybody, and all their private business, for decades, a whole different set of dynamics holds sway. There are few secrets here.

The imposing, powerfully built Sigurdsson commandingly holds center screen throughout. The ex-cop’s waywardness and increasingly unchecked violence can be disturbing to watch and one’s initial sympathy with his plight slowly diminishes to the point of withdrawal as he loses control. But it’s generally strong stuff and, especially early on, Palmason engages in storytelling that’s both powerful and freshly thought out, marking him as a talent to watch.