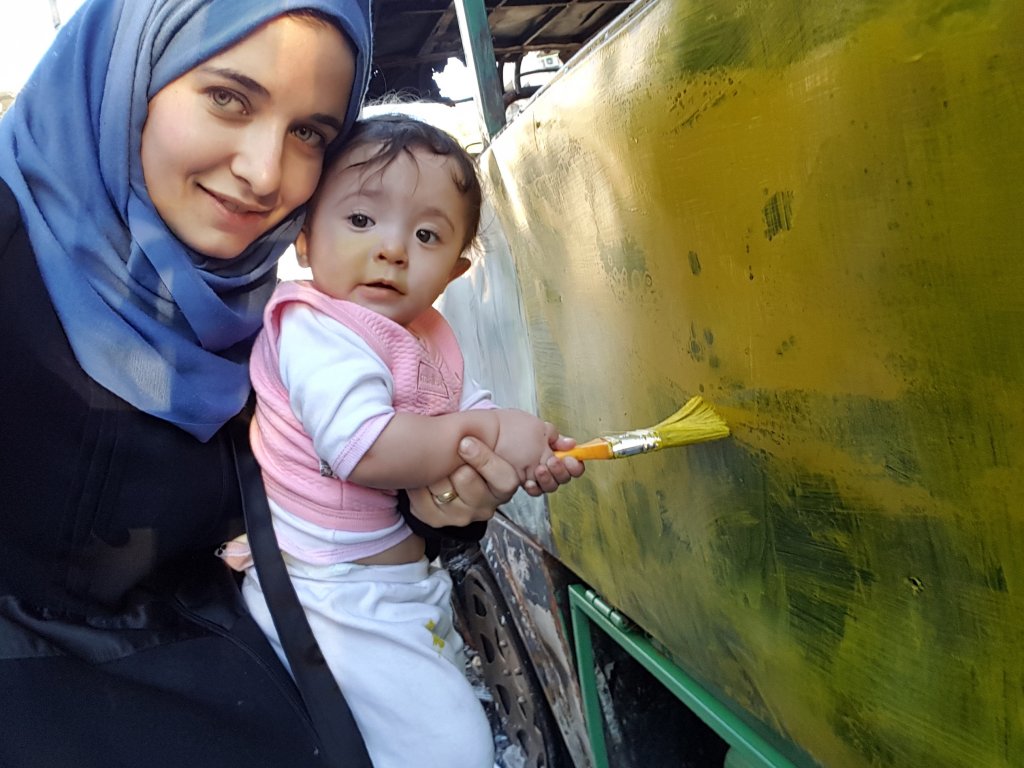 Syrian film-maker Waad al-Kateab documents both the city’s violent siege and the birth of her daughter.

There is a scene in the middle of this powerful, harrowing and deeply human documentary about life under siege in Aleppo, Syria, that perfectly encapsulates its mixture of horror and hope. In the terrible aftermath of yet another airstrike, a pregnant woman with broken limbs and shrapnel in her belly is brought into a makeshift theatre in al-Quds hospital. An emergency caesarean brings her critically unresponsive child into this world of carnage – a terrible, pitiable sight, made all the more unwatchable by the certainty that nothing so vulnerable could possibly survive such violence. Syrian citizen-journalist and mother Waad al-Kateab, whose frontline footage was seen in Channel 4 News’s Inside Aleppo reports, keeps filming, determined to bring such daily atrocities to the attention of the world. And then, as the spectacle seems too cruel to endure, a miracle occurs, offering a gasping glimpse of redemption amid this unfolding hell.

Like Sean McAllister’s heart-breaking documentary A Syrian Love Story, For Sama interweaves its very personal narrative with a broader political story, finding the bigger picture in the tiniest of details. Co-directed by seasoned film-maker Edward Watts, it presents a collage of images gathered over a period of five years, elegantly edited to allow the narrative to slip back and forth in time with deceptive ease. While much of the material may be shocking (the BBFC’s 18 rating warns of “disturbing scenes” and “images of real dead bodies” that “may cause distress to some viewers”), it’s the simple human interactions that really hit home – the day-to-day comradeship of women stoically preparing food while fire falls from the sky; the resilience of children who still smile and play even as their lives are threatened. In one scene, the appearance of a persimmon fruit produces an outpouring of joy that is as unexpected as it is uplifting, albeit only fleetingly.

With footage as raw and dramatic as this, it’s a credit to composer Nainita Desai that her score remains restrained and understated throughout, emphasising subtler themes of endurance and empathy, while gesturing gently toward the possibility of hope – of love – even in the midst of tragedy.