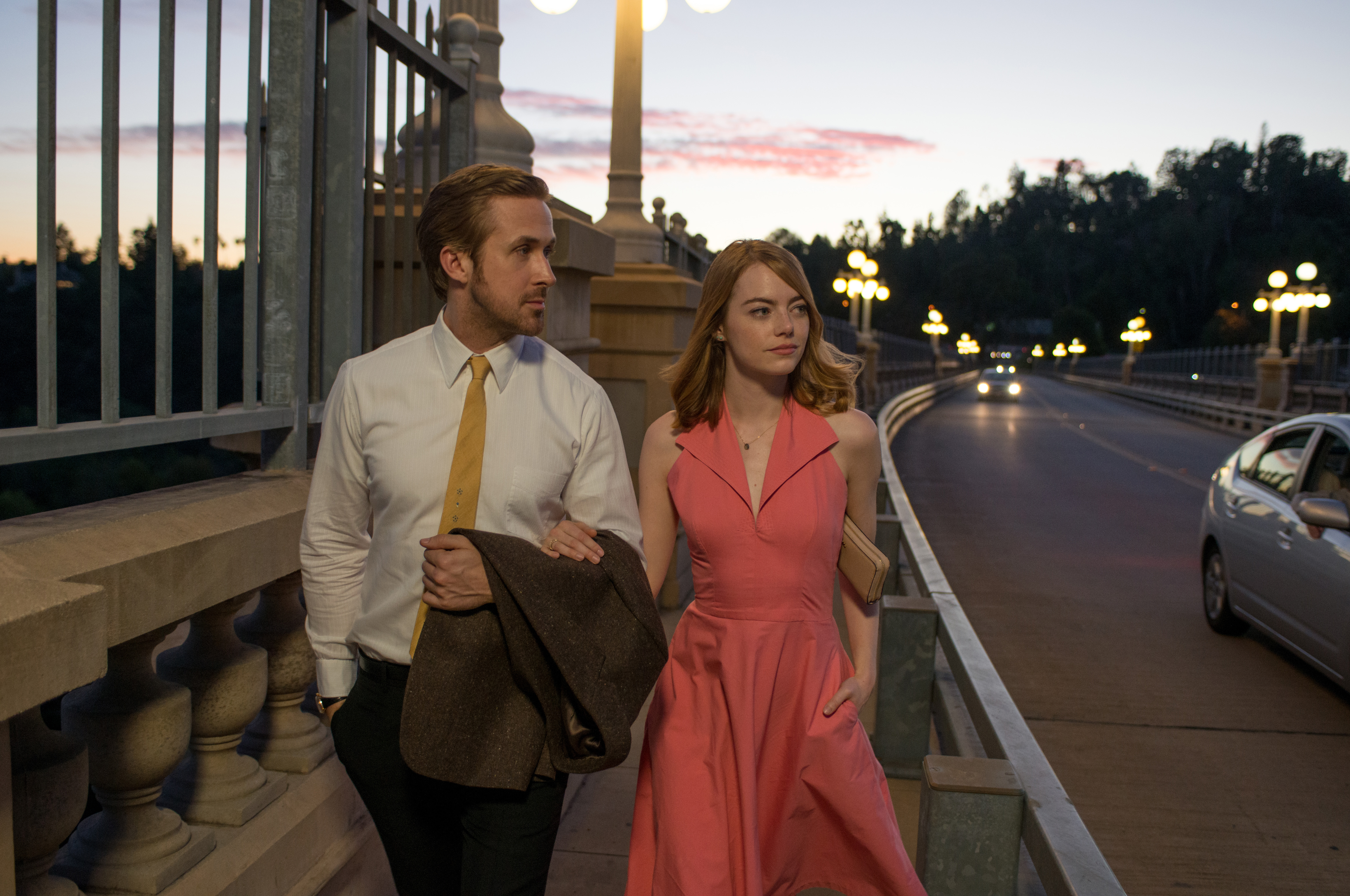 With Lionsgate’s “La La Land,” the big challenge for Damien Chazelle and his artisan team was to find the balance between heightened reality of the musical numbers and material that they wanted to be realistic, even mundane. Here, he talks about their work.

Production design, David Wasco
He was one of the first people I met with. He brought a photo he’d taken of the El Royale (the 1920s apartment building); there was something about the time of day, the angle, the details of the building, and the way the green art-deco lettering fell against the magic-hour blue sky, I thought, “If our movie can capture that magical romanticism, we will be fine.”  We were also swapping lots of photos, in addition to movie sequences and stills we liked.

Cinematography, Linus Sandgren
Linus is young, but approaches it like an old-timer; the more analog everything is, the happier he is. He prefers celluloid and loves old processes.We wanted to shoot in lyrical long takes, with a flowing camera and heightened color. We were always trying to solve things in-camera, like the colors; we didn’t want to rely on CG or manipulated color correction. He and colorist Natasha Leonnet worked together from prep and to post, figuring out exactly what would give us the most vivid colors. Linus and I looked at old Technicolor prints, trying to decipher how certain color effects were achieved, and why some felt more saturated than they do now.

Costume design, Mary Zophres
She did a great job in creating clothes that could pop, but not so heightened that they would feel incongruous. One burden on her shoulders was the green dress that Emma’s character wears about halfway through the movie, including the Griffith Observatory sequence. That was a rare outfit written into the script. That green would carry a baggage — so when you later saw green in the movie, it would harken back to that lost, perfect moment in their romance. A lot of emotional subtext stems from that dress. What’s so wonderful is that it doesn’t feel like a dress born out of that pressure. And Mary is very hands-on with the actors. Her fitting room was right next to the space with the dance rehearsals for Emma (Stone) and Ryan (Gosling). We would discuss, she’d dress them and see if that worked with the dance moves, so it went back and forth.

Editing, Tom Cross
We had worked together on “Whiplash,” which had music-driven sequences. But “La La Land” was a more challenging process than we’d expected. There was a lot of give and take to find the right tonal balance throughout — how to build to a number, and then come out of it. Tom would find a small change in reel one would affect something in reel five and vice-versa. Some of the most challenging but fun sequences involved montages set to a song, which take you to several locations and environments. But Tom has such an instinctive sense of rhythm and tempo.

Sound, Andy Nelson, Mildred Iatrou, Ai-Ling Lee, Steven Morrow
The balance between everyday realism and a heightened MGM-style affected how vocals were recorded, how dialogue was recorded and how everything mixed together. We tried to minimize modern digital tinkering. We wanted to have the sound be more faithful to analog times; that helps you bridge the gap between dialogue and vocals. For the score, we gathered the 90-piece orchestra in one room with room mikes. You may get imperfections: If you listen you can hear an occasional player turning pages. We decided to embrace those things because of the warmth and humanity of sound that you get.

You're going to make it! 💛 "Support your local