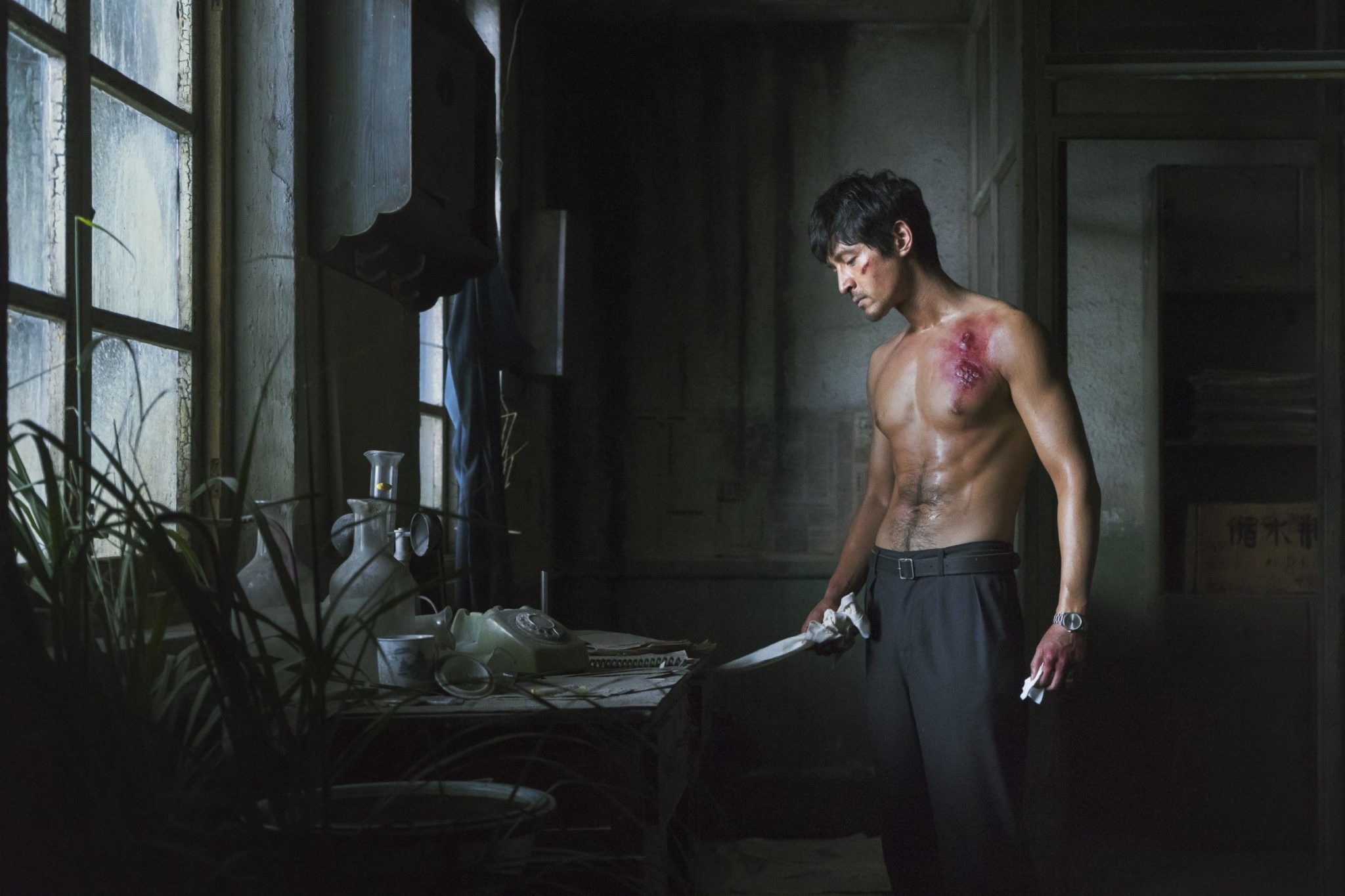 “Diao Yinan delivers a definitive Chinese crime noir, in which the ravishing style and inventive staging form the substance.”
Jessica Kyang for Variety

In any film noir, there is The Moment It All Goes Wrong. But it is unlikely you will soon see that moment, or any of the genre’s other staple plot points, staged and executed with quite the slick, dark dazzle of Diao Yinan’s “The Wild Goose Lake.” At an underworld gathering, held in the dingy amphitheater of a hotel basement, a few dozen grimy gangsters are learning the latest techniques in motorcycle theft. Then comes the parceling out of territories in the unnamed nearby city, and a squabble erupts over a lucrative zone. A shot rings out, a brawl ensues, lit by one swinging light bulb and imagined in a serious of punchy closeups: a grimacing face in a half-nelson; a bloodied, tattooed knuckle; a prosthetic being ripped from its limb. It’s a scene we’ve watched a hundred times before, but here it feels electrifyingly new.

With his Berlinale-winning “Black Coal, Thin Ice,” Diao fused China-noir with arthouse social realism to deliver a strange, potent cocktail that left a lingering, headache-y sustain. This time, the sociopolitical subtext may be absent along with the hangover, but there is something almost profound in how comprehensively “The Wild Goose Lake” imagines film noir belonging in China’s seedy, second-tier suburban underbelly. Diao’s film is far from the first to find the oily neons of nighttime noodle shops and rain-slicked alleyways the ideal setting for a twisty story of gangsters and cops and beautiful women of unknowable loyalties: Aside from the director’s own back catalog, everything from Bi Gan’s “Long Day’s Journey Into Night” to the films of Wong Kar-wai has borrowed at least a few such embellishments. But “The Wild Goose Lake” may just end up being the last word in Chinese crime noir, because it does not want (or need) to be anything else.

The Moment It All Went Wrong is recounted in flashback by Zhou Zenong (Chinese TV star Hu Ge), to the mysterious, beautiful Liu Aiai (Gwei Lun Mei, also the star of “Black Coal, Thin Ice”). They meet in a rainy underpass —amid all the film’s below-the-line excellence, the rain machine guy deserves some sort of award — where Liu, who works as a “bathing beauty” (a fey euphemism for a prostitute who works on lakeside beaches) has come as a favor to her gang-affiliated boss, Huahua (Qi Dao), to deliver a message from Zhou’s wife. There’s a hefty dead-or-alive price on Zhou’s head, because in the fallout from the brawl (including an event billed as “the Olympics of theft”), one of his crew got spectacularly decapitated, and Zhou, fleeing for his own life, accidentally shot and killed a cop. This brings police captain Liu (Liao Fan, another star of “Black Coal, Thin Ice”) and his plainclothes squad into the chase for Zhou, too.

Zhou, as stoic as a stock Robert Mitchum character and just as fatalistically resigned to things not ending well, just wants to ensure the reward goes to his wife if he does get caught or killed. And so he goes to ground in the notoriously crime-ridden environs of the eponymous lake, while trying to make contact with her. But his gang boss does not like the loss of face and control, while Liu Aiai wants out of her dismal life and maybe sees the reward as a means to that end. Populated with interchangeable gangsters and cops — each adhering to arcane hierarchies and double-crossing the other — and marred by an unnecessary rape scene, the plot is overcrowded, convoluted and really not the point.

Instead, this is a film that lives in its vibrant craft and fluid reimagining of scenarios that should be stale clichés by now. Reteaming with cinematographer Dong Jinsong, Diao shows an extraordinarily elastic mastery of form. He can scale his inventiveness down to the intimate, as in a boat-set sex scene that includes Liu daintily spitting a mouthful of semen over the side. And he can scale it up to the massive, with exciting motorcycle chases; a witty wide shot of cops searching a semi-demolished building, its gutted interior open to view like a doll’s house; and an incongruously beautiful hillside showdown, in which we can only make out the glint of guns and the stinging white of LED-soled trainers.

Elsewhere, Dong soaks whole sequences in neon pinks and garish reflected blues, which throb with particular sleaze under B6’s clanging, dramatic score, accented with some offbeat soundtrack choices — an impromptu outdoor line dance happens to the strains of of Boney M’s “Rasputin,” for example. There’s room, too, for semi-surreal interludes, like a wander through a zoo, again under cover of night, where elephants blink in alarm at the intrusion and a tiger gazes impassively at a murder. At one point Zhou, who takes quite a few beatings and bullets over the film’s runtime, pioneers a self-bandaging technique that makes him look like a Cirque du Soleil aerial artist, wrapping himself in gauze rather than silk. At another, the ubiquitous transparent umbrella is gorily reinvented as a peculiarly cinematic lethal weapon.

All this happens under Zhang Yang’s sound design, so precise that it often conveys narrative all by itself. An aural bridge of a motorbike’s distinctive drone, a sort of sonic fingerprint, lets us know Zhou is about to make a fateful encounter with Liu. Elsewhere, the sound withholds: In what seems a direct reference to the airstrip scene in “North by Northwest,” a train passing overhead renders Liu’s murmured plan of action inaudible, placing the audience even further on the back foot.

Though the seamy locales give an almost palpable sense of life on the margins of solvency, legality and morality in modern China, it would be overstating to claim any great thematic weight here, and this will perhaps disappoint fans of Diao’s earlier, stranger, more hybrid work. In the moment, however, it is exhilarating to witness this symphonic choreography that seems less like it was mapped onto its locations, and more like it came from within. It may refer inescapably to genre classics from elsewhere, but “The Wild Goose Lake” is like an organic feature of the Chinese cinematic landscape, as though it pooled onto the screen in all its oily, murky glory, having welled up from deep inside the ground. Suddenly, China feels like the noirest place on Earth.