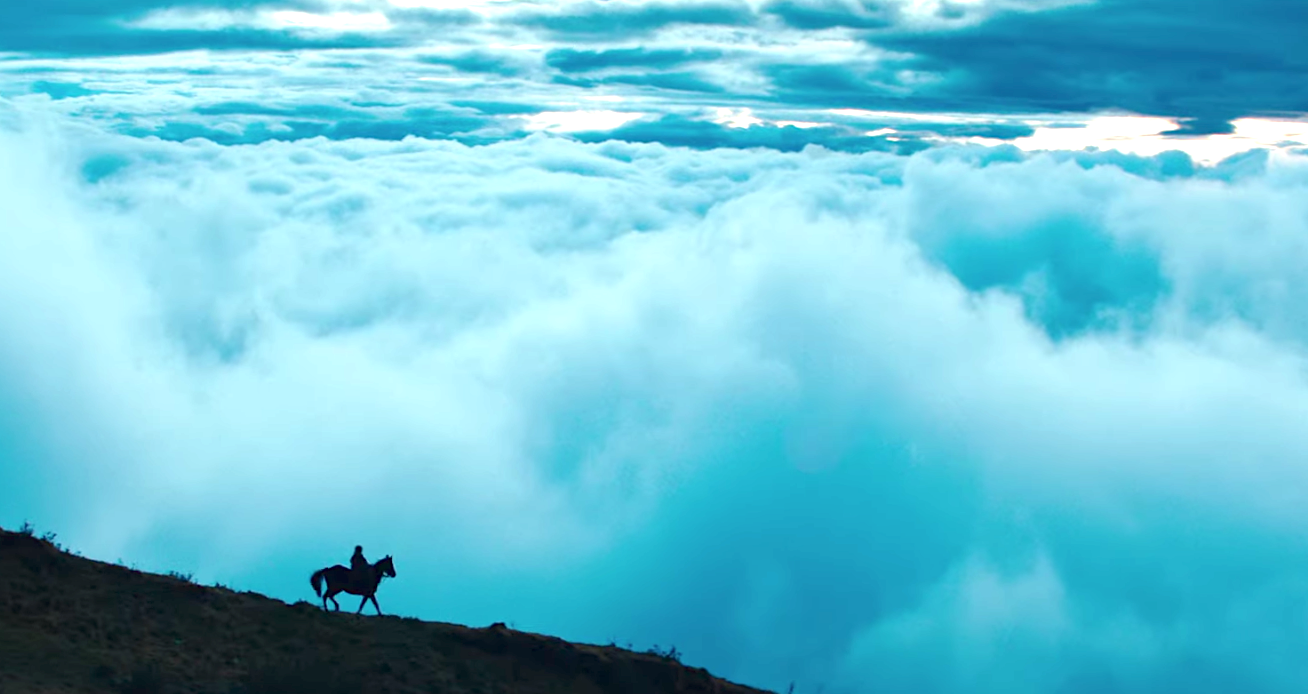 Taking place entirely in remote mountains and jungles where eight teenage commandos with guns and code names like Smurf, Bigfoot and Rambo watch over a milk cow and a female hostage they call Doctora (Julianne Nicholson) for a collective named The Organization, “Monos” is an unwavering visual and psychological dare that illustrates the surreal nature of war seen mostly through the eyes of the woman prisoner in her survival battle. Landes first establishes the group’s unruly yet methodical livelihood in the way they engage with one another. Relentless and unforgiving, the company only starts to crumble when its members find themselves deeper in the hostile conditions of the jungle after escaping an attack.

This is when Doctora, biding her time until then, takes advantage of the band’s disturbed balance and manipulates her captors with the same emotional (and sometimes suggestively physical) cruelty that she’s been thus far subjected to. Examining the cost of violence and war in the way it erodes human empathy and compassion, “Monos” steers itself to an exceedingly brutal place where logical lines blur and desperate measures take over in desperate times. Nicholson delivers a stunning performance in the demanding shoes of Doctora, playing up her strength, vulnerability and femininity as necessary during her escape. Scored by Mica Levi (“Under The Skin”) with otherworldly sounds (sometimes, obtained by blowing into empty bottles by the composer), “Monos” is a monumentally cinematic experience of lush wilderness and raw emotions.