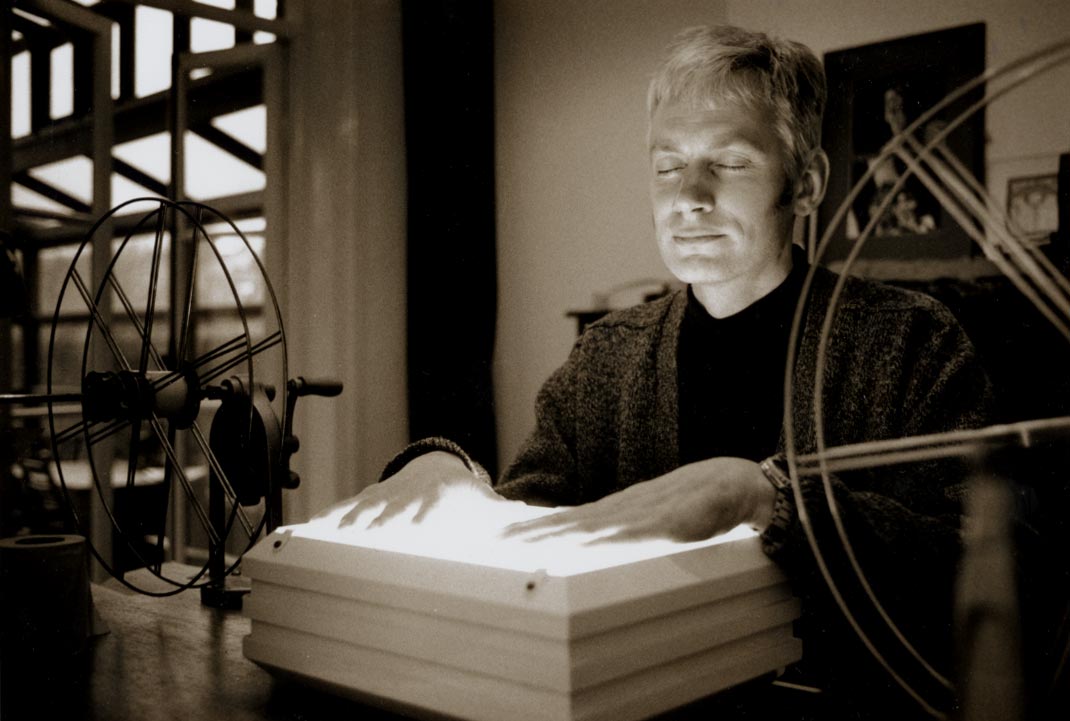 Beauty may be superficial, but it can be found in a tealeaf
as much as among tulips.

These are the words Paul Bush would like to use to introduce his retrospective, taking place both at Flagey, with a commented screening of his films, and at the Galeries Cinema with a big exhibition on his work and the screening of his feature Babeldom.

Babeldom is a city so massive and growing at such a speed that soon, it is said, light itself will not escape its gravitational pull. How can two lovers communicate, one from inside the city and one outside? This is an elegy to urban life, against the backdrop of a city of the future, a portrait assembled from film shot in modern cities all around the world and collected from the most recent research in science, technology and architecture.

After a tribute to Norman McLaren in 2015, this year Cinema Galeries continues its exploration of masters in animation film with an exhibition on the work of Paul Bush, on the occasion of the Belgian release of his film Babeldom.

Paul Bush presents a selection of his most significant films and discusses the decisive decisions for his work: his transition from art student to director, his fascination with frame by frame and his narrative or non-narrative system. He shows us behind the scenes of his filmmaking and talks about his work in progress.