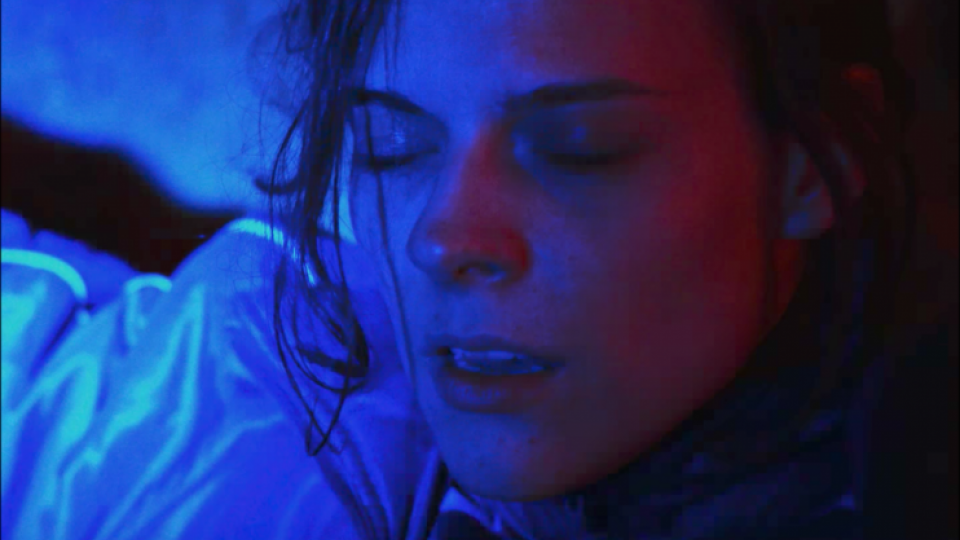 It’s relatively rare that the business of film reviewing confronts us with a genuine ethical dilemma. But Kantemir Balagov’s debut feature, which played in the Cannes Un Certain Regard sidebar and is, even without its most controversial segment, a demanding, difficult watch, presents an unavoidable one. At the film’s approximate midpoint, occasioning a flurry of walkouts during its Cannes press screening, a group of characters are shown watching a scratchy and degraded VHS tape on which plays footage of anti-Semitic Islamist violence and murder. Fuzzy and diffuse as it is, the sequence goes on for a long time, and even though the film is set in 1998, the images it presents are realistically rendered, a triumphalist, hate-filled aesthetic made familiar by recent phenomena: Islamic State recruitment videos, terrorist propaganda, and hostage executions. The very major issue is, it’s not just “realistic”; according to the press notes, it’s real.

“Closeness” is a tough-minded, rigorously composed, quite brilliantly acted story of the challenges of everyday religious prejudice and ethnic divides in the bleak heart of Russia’s North Caucasus, and in many ways Balagov’s uncompromising but stylized social realism rewards as much as it punishes. But in including this real video — essentially a snuff movie — within a fiction narrative and not announcing it as such, a line is crossed.

It’s not as though Balagov doesn’t create the perfect opportunity to warn the viewer: In a somewhat unnecessary flourish the film is “signed” by the director, featuring brief titles at the beginning and the end in which he introduces himself as a native of Nalchik, the town depicted, and tells us that the narrative is based on the true story of a kidnapping that occurred there in the late 1990s. Certainly there is in general a fraught and combative relationship with the truth (Alexander Sokurov’s producer’s credit seems oddly appropriate in this regard): In Balagov’s retelling, a grimy little local news story becomes a tale of love across the barricades, in which duty to family and tribe is weighed against the desires of the individual heart. But this is not “Romeo and Juliet,” and there is precious little pining beneath balconies.

Unfolding in boxily appropriate 4:3 format, which forces subjects into close proximity to fit in the frame, it starts with a celebration: A Jewish family that has relatively recently settled in Nalchik celebrates the engagement of the son David (Venjamin Katz) to a local Jewish girl. The tone is merry, but one family member seems more ambivalent. Ilana (extraordinary first-timer Darya Zhovner), David’s tomboy sister who works alongside their mechanic father, Avi (Artem Tsypin), is curiously removed from the event and uncomfortably feminized in a dress insisted on by her stern mother, Adina (Olga Dragunova). Later, she changes back into her overalls and sneaks out to meet her burly lover Zalim (Nazir Zhukov), who is of Kabardian background, a local ethnicity that has its own language and customs. Ilana and Zalim’s relationship has earned Ilana’s mother’s deepest disapproval, and Ilana’s Jewishness is a secret from Zalim’s friends. They meet clandestinely.

The family’s general stability is abruptly overturned, however, when David and his fiancee are kidnapped and a ruinous ransom is issued. Even the sale of Avi’s workshop will not raise the amount necessary, and while the Jewish community rally round, the decision is made that most of their charity must go to secure the return of the fiancee. Increasingly desperate, Ilana’s parents make a deal whereby a local Jewish family will supply the rest of the ransom if Ilana marries their son. But Ilana’s willful, independent heart is set on Zalim, despite his occasional brutality.

The plot is perhaps overly schematic, but the filmmaking compensates, with DP Artem Yemelyanov’s inventive, often subjectively woozy camerawork particularly valuable in tying us in to Ilana’s perspective. Zhovner is a real discovery: The “closeness” of the title also tells in how close-up-heavy the photography is, but even with nowhere to hide, she makes Ilana a riveting, complex, frequently unlikable but very real character, whom we watch in unblinking shots as druggedness or drunkenness or anger or self-pity suffuses the strong-jawed beauty of her face.

So the grittily inspired craft darkly illuminates a story whose value lies in how authentically it mines the specificity of its arcane setting. But can any of that excuse the lapse in judgment that is the inclusion of that video, rather than a restaged or offscreen version of it? This is not a snowflake’s plea for a trigger warning: People dying for real on-screen is one of the most basic taboos we have, and it is not for anyone else to make the decision as to whether you are comfortable breaking it. Apparently, the tape was one that Balagov and his friends found as teenagers, and it was the first time, per the press notes, that the director was “confronted with death, that I saw someone die slowly.” So its inclusion is part of Balagov’s authorial intent to insert his own experiences into his film, but the disingenuous way he does it makes it feel like a betrayal.