WHERE ARE YOU BUCHAREST, In the presence of the director — Negotiating History 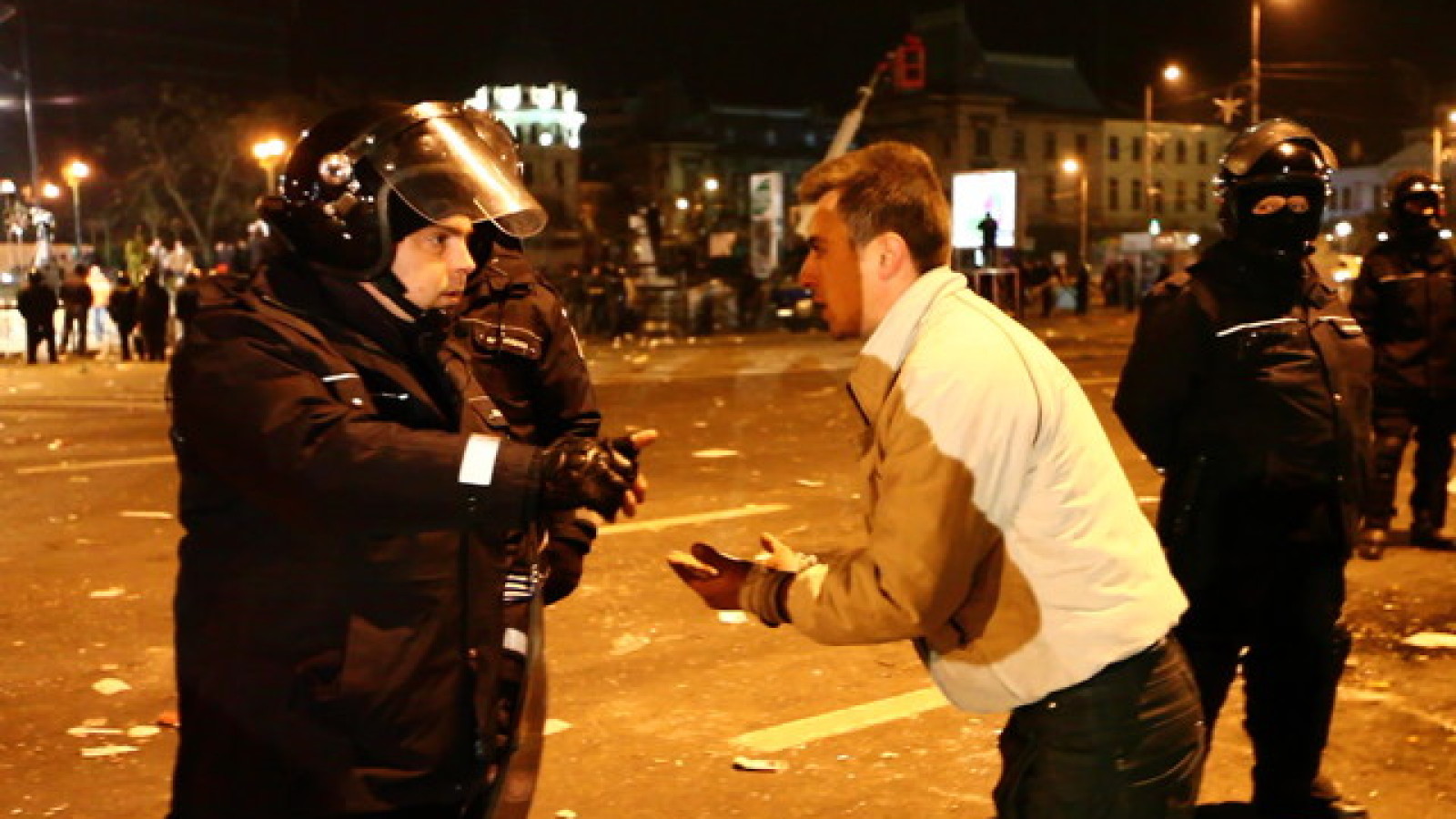 WHERE ARE YOU BUCHAREST?

The year 2012 saw Romania’s capital taken over by repeated and numerous anti-government protests. Not only was it one of the biggest demonstrations since 1989, but its widespread mobilization of citizens sparked an ongoing civic awareness that still manifests itself to this day. For that entire year, director Vlad Petri was on the street, filming the disenchantment of a nation, the violence, solidarity and celebration of individuals and their distorted spread within the collective voice of a people.

A monumental feat of direction, dedication and journalistic coverage, Where are you, Bucharest?, offers both food for thought and an incredible adrenaline rush, as we become embedded into the social fabric of the protests. Breaking apart the homogeneity of demonstrations, Petri gives space for the myriad of voices to announce their discontent. From heart-breaking confessionals to tension-filled disputes, this is vox populi filtered by a singular perspective as it tries to objectively capture the history unraveling around it.

▸ In the presence of Vlad Petri, director and Andrei Tanasescu (modérateur)

▸ In the framework of the film programme  “Negotiating History : Cinematographic Representations Past & Present” of the  Festival Europalia Romania. Click on the image to discover the full programme taking place at Cinema Galeries.